Author -  Sandeep Kumar Date - 00:13:00
Ashura Festival Celebrations - Islamic New Year History, Greeting Cards:  Muharram month is famous for the tenth day of the month called “ASHURA.” Ashura is a prominent day for both sects of Islam - the Shias and the Sunnis. The Shia Muslims believe that Husain ibn Ali, the grandson of the Islamic prophet Muhammad, became a martyr at the Battle of Karbala on the tenth day of Muharram in 61 AH(680 AD). That day is known as the day of ʿAshuraʾ commemorating his death. It is considered the greatest day of mourning in Islamic culture.

The occasion starts on the 1st day of Muharram and lasts for 10 days until 10th of Muharram. As Muharram approaches, they put on black clothes, as black is regarded as a color of mourning. During the entire 10 day period, they keep themselves away from music and all joyous events (e.g. weddings) that can distract them in any way from the sorrowful remembrance of that day. During each of the first nine days of Muharram, "Majalis" (assemblies) are held where Shia orators vividly depict the incident of the martyrdom of Hazrat Imam Hussain and his party.
Mainstream Shia Muslims fast until the evening. On "Ashura", devoted Muslims assemble and go out in large processions. They parade the streets holding banners and carrying models of the mausoleum of Hazrat Imam Hussain and his people, who fell at Karbala. Some Shia sects observe "Ashura" by beating themselves with chains in public, cutting themselves with knives and sharp objects and holding mournful public processions. This is an expression of their grief on the death of their favourite leader Hussain, considered to be the representative of Allah. It is a sad occasion and everyone in the procession chants "Ya Hussain", wailing loudly.
Generally a white horse is beautifully decorated and included in the procession. It serves to bring back the memory of the empty mount of Hazrat Imam Hussain after his martyrdom. Drinking posts are also set up temporarily by the Shia community where water and juices are served to all, free of charge. 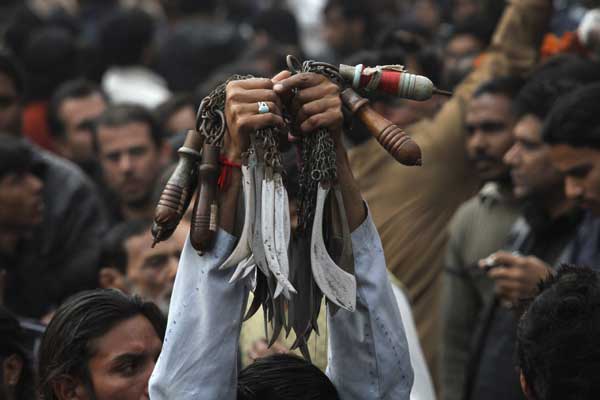 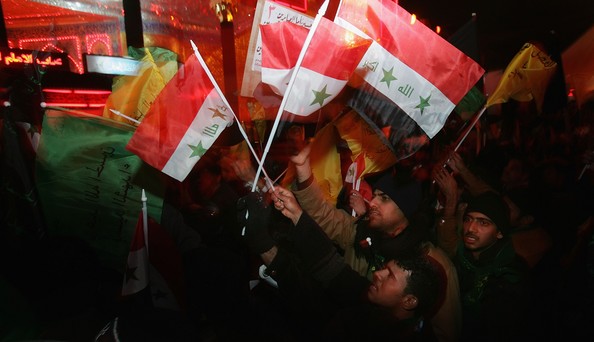 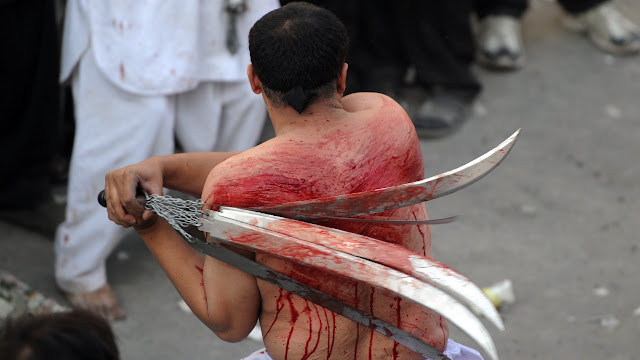 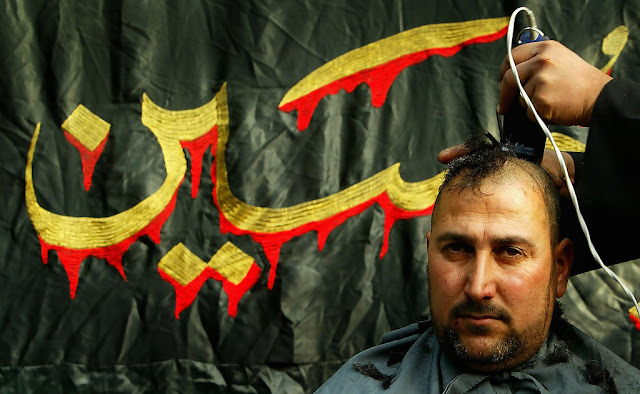 While Shia Muslims consider "Muharram" to be a sorrowful occasion, Sunni Muslims observe it as a festival and look at "Ashura" as a happy day though the religious aspect remains intact. Sunnis keep a fast(Roja) on "Ashura" as per the "Hadith"(a tradition based on reports of the sayings and activities of Muhammad and his companions) of Prophet Muhammad. Usually, Sunni Muslims are recommended to fast either on the 9th and 10th of Muharram or on the 10th and 11th of Muharram.

Ashura, as a manifestation of the battle between right and wrong, has been known as a day of sacrifice in the way of religion and doctrine and inspiring for freemen, Muslim, and non-Muslim freedom-seekers.On this day, along with few companions, but faithful, steadfast and might, as Imam Husain ibn Ali fought against stone-hearted and numerous of Yazid's troops and changed Karbala into an ever-living scene of love, epoch, and freedom, the world freemen, without taking into account their own number and ability, fight usurpers and tyrants. 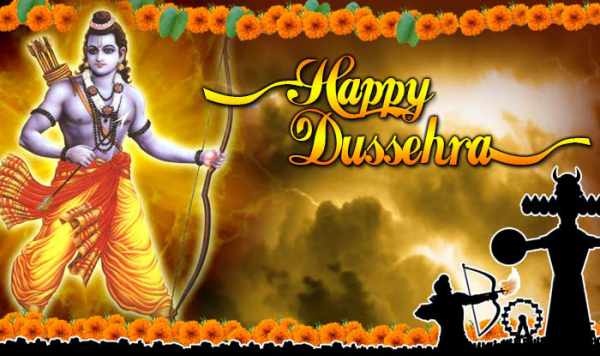